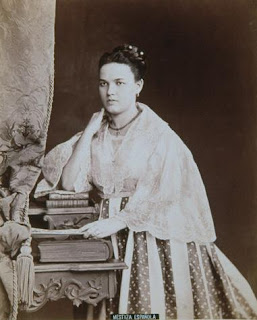 OMG. Calling all Filipino Spanish mestizos out there and those who know them. This is definitely the most surreal thread of posts I have ever read in my life. It seems that someone out there is obsessed with Filipino Spanish Mestizos. So much so that there is now a 39 page thread on a site called EurasianNation.com. It's page after page after page of articles and comments that fetishize - idolize - aggrandize Filipino Spanish Mestizos - from both the high end AND the low end of the spectrum. And not only does the site contain several words about the country's conyoscenti class but it has loads of pictures as well. A definite treasure trove of photographs of mestizos in their element. And no tisoy was left unturned, I tell you. Everyone is there. Oye - and I mean everyone. Check out the pictures of such famous, non-famous, and infamous tisoys and tisays such as Manda Elizalde, Rowell Santiago, Lucy Torres Gomez, Hans Montenegro, Pilita Corrales, Migs Ayesa, Ian Veneracion, The Trillos, The Sorianos, The Mendezonas, The Roxases, Isabel Granada and yikes...even yours truly (complete with a mock photo of my parents, some pictures of my family, and a clip of my interview with Fil-Am actress Lalaine Paras of Lizzie Maguire fame). The site has a few mistakes (such as the entry stating that Filipino Spanish Mestizos today comprise 40% of our population), but nevertheless, it is still a very interesting, although somewhat bizaare - read. And although the site was founded by what sounds like a pair of Dutch Eurasians, the FSM thread seems to be hosted by a true insular insider. There are so many pictures of the Araneta family on vacation, it seems like it was taken by either a holiday guest of theirs or their maid. So strange but yet fascinating.

Take it with a grain of salt, oye. Log on to page one here.

Posted by carlosceldran at 7:17 PM 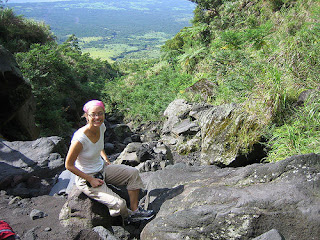 MABUHAY KA JULIA...
For the last few years, I have been given the honor of touring the Peace Corps Volunteers around Fort Santiago as part of their arrival initiation program. Great bunch of guys. I can safely say I have never met a Peace Corps Volunteer I didn't like. Which is why it only broke my heart to hear the news about Ms. Julia Campbell. It's always a tragedy when such young beautiful souls are taken away from us too soon. Log on to her blog and read about how much she loved her life here in the Philippines. Her last entry is especially ironic. You can also read an entry from a friend of mine who was with her the day before she disappeared. Log onto Christina's blog here. Leave a testimonial if you knew Julia too.

I now hear there are moves to name a street after her in Albay, the city in Bicol where she worked as an English teacher.

May eternal rest be granted unto her soul in a land that she loved more than most.

Posted by carlosceldran at 7:52 AM