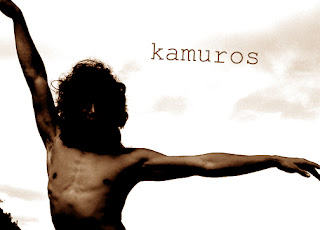 KAMUROS PRODUCTIONS
“An Evening of Freestyle Dancing and Drumming”

Posted by carlosceldran at 4:15 PM 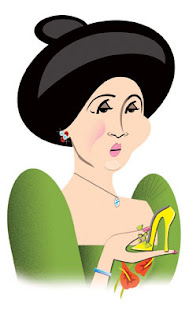 It's been a busy busy year for Madame High Hair no doubt. Ever determined to stay in the spotlight, she launched a jewelry line, she threatened to run for mayor, she threatened to let her grandson run for mayor, and was featured in both New York Magazine and CNN. But the real proof that Imelda is back on the radar again is her latest interview with the ruthlessly shameless George Wayne of Vanity Fair. Log on here to read about her musings on perceptions of wealth, the truth about those bulletproof bras, and her grandson, Bench underwear model, Borgy. In comparison to other interviews that George has done, he was being downright effusive with the Great Shoed One. I just like the fact that the terno she is wearing in the illustration, is the same one she is wearing in the post I made when I met her.

Posted by carlosceldran at 10:35 AM

Email ThisBlogThis!Share to TwitterShare to FacebookShare to Pinterest
Labels: imelda 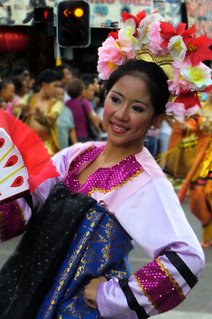 And after much hoo-hah, the 12th Association of Southeast Asian Nations (ASEAN) Summit in Cebu has finally wrapped up. And despite one postponement (due to a simultaneous terrorist alert and a typhoon), construction problems, budgetary complaints and a food poisoning incident which gave the runs to 58 performers (including Lea Salonga's younger brother Gerard), one can safely say that the event went off without a hitch. And although the summit wasn't as big a deal as say, the Olympics, the IMF-World Bank Meetings, or Miss Universe, I was still heartened to see my family's home province of Cebu pull off a large scale international conference without any major screw-ups. A small moment of pride, I must say. Perhaps a precursor to larger events, like the World Expo or something. 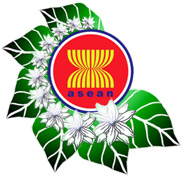 The only kvetch I have about the whole thing was the aesthetics. Truth be told, the summit didn't register as beautifully on television and print as I would have expected. There were hardly any shots of Cebu's major tourist sites, no televised pageantry, and no really exciting sets or backdrops for the journalists who covered the event. Frankly, there was no over-all "look" or "theme" to the whole thing. And if the non-descript designs for the Cebu International Convention Center (below) and the ill-fitting outfits that Jeannie Goulbourn designed for the world leaders weren't already bad enough, it was the logo of the damned event that was the real coup de grace (above). I mean, really, who the hell designed this thing? A monkey with basic photoshop skills could have done a better job. And despite all the steering committees justifications, I'm sorry to say that the logo does not at all symbolize hope, fidelity, purity, and whatever other corny value that's listed on your website. The logo just comes across as sophomoric, simplistic, unimaginative, and plain ol' FUGLY to me. And with all the wealth of graphic design talent that the Philippines has produced, there is simply no excuse for this travesty. But then again there is always next time. So, Cebu, the next time you get a gig of this calibre, DON'T do your graphics in-house, call Filipinos like Team Manila, BBDO, Inksurge, or Lucille Tenazas to do your collaterals and get the job right.

And don't even get me started on the slogan: "Caring and Sharing". It sounds like it was thought up by the freaking Care Bears. 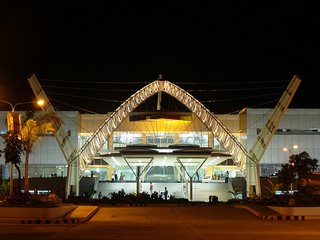 Thank you markiiiboi for the great photos.
Posted by carlosceldran at 11:35 AM

Email ThisBlogThis!Share to TwitterShare to FacebookShare to Pinterest
Labels: asean 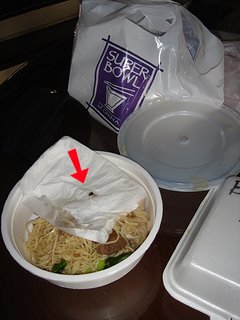 Three reasons why I won't order delivery from the UN Avenue Branch of Super Bowl of China anymore...

Hell. Just one reason would be suffice for now: Baby cockroaches in their food.

Yes, I know. Baby cockroaches. Found inside an order of Beef Wanton Noodle Soup. Could there be a bigger nightmare? No. I don't think so.

Well, on second thought, maybe there could be. The reason why the roach is on the napkin is because it was in my mouth first before finally finding it's place on the napkin.

I wanted to die.

So I called them back and told them to take it away. So sad. I really liked their food. But this is totally unforgivable.

Did they pick up the offensive order quickly? Yes. Was I happy about getting my money back? Of course. Am I being vindictive by posting this incident on my blog? Perhaps.

I'll try to post something more interesting next time.
Posted by carlosceldran at 1:42 PM

Email ThisBlogThis!Share to TwitterShare to FacebookShare to Pinterest
Labels: gross 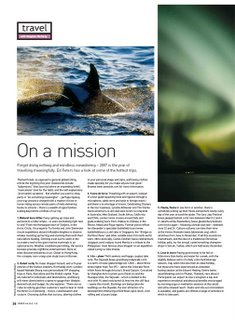 I HEART HONGKONG
Coolness! The year is off to a stellar start. My Imelda tour made it to the SCMP weekend glossy insert, Post Magazine as part of their Best of 2007 for tourism. It wasn't a very long review but it was a great one nevertheless:

"Carlos Celdran (www.celdrantours.blogspot.com) waltzes round Manila in a tribute to the Philippines' most famous shoe shopper on an expedition called Living La Vida Imelda."

It was also very cool to be listed among things like the Java Jazz Festival in Jakarta, camel wrestling in Turkey, and the Atsumi Healing Center (where apparently you can lose a kilo a day).

Thanks a million Ed Peters for slipping me in.

Check out the details of his next hotel guide here.

Posted by carlosceldran at 7:42 AM 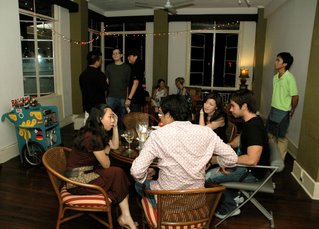 And so The Living Room has turned a year old!

It was around 395 days ago that a chandelier was hoisted up at number 24, North Syquia Apartments, Malate, and so far the going has been good. I am really quite surprised about how this hobby of running an exhibition/residence space for artists and other creative sorts has grown from being just an empty room with a single great lighting fixture into a functional space complete with a computer, kitchen appliances, internet/cable TV facilities, and beddings in such a short space of time. For this I am quite thankful and I really can't complain.

Photos above: December 9 Anniversary Party, which is always simultaneous to the "by-invitation-only" North Syquia Christmas Block Party. So start coming to The Living Room and supporting its causes so that you might perhaps get one of these "rare" invitations next year. Thanks Cecile for the pictures of the party and Thanks Kusina Salud for the food. 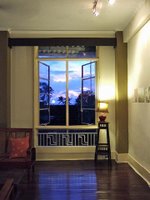 Next: The last exhibition of the year 2006 and Carlos Recommends!
Posted by carlosceldran at 9:30 AM 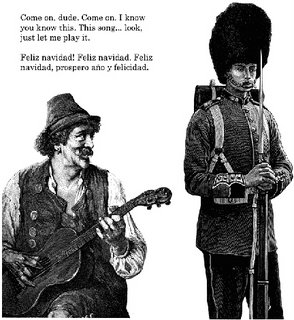 I have been completely remiss with my website updating duties.
I totally flaked out on greeting anyone a:

So I hope this will do.

Thank you to Married to the Sea for the cartoon.
Posted by carlosceldran at 9:07 AM