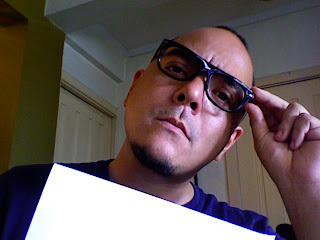 My friend Paula has guest blogged on this site before. The last time, during the Gibo campaign period. Today, she writes about her support for the RH Bill. I rather agree with her.
WHY I SUPPORT THE REPRODUCTIVE HEALTH BILL
by Paula Nocon

In September 2010, Carlos Celdran was thrown in jail by members of the Filipino Catholic clergy for a very public demonstration of his support for the passage of the Reproductive Health bill as he plead to the Church to stop interfering in politics. Out on bail, he now faces charges of "offending religious feelings" and may face up to five years imprisonment.
A few more months before that the country of Finland declared access to broadband internet a legal right for every single Finn, an affirmation of its bold commitment to the information society that the modern world has evolved into.
These two events may be disparate, but upon closer inspection their juxtaposition reveals much. Access to information has been enshrined as a legal right in one of the most progressive countries in the world, while the RH bill has been opposed by the Roman Catholic hegemony in the Philippines for its purpose of educating Filipinos on the responsibilities and options that come with reproduction. One is pushing forward knowledge, the other is pushing back knowledge. One is creating a new right for its citizens, the other is depriving a right that is as old as the human being itself. While one is celebrating the fruits of information, the other is demonizing information so vital to one's identity and self-realization.
Even before I will fight for my right to a 1 Mbps broadband connection, I would first assert my right to awareness. I believe that the whole impetus of human evolution is the increase of awareness, that the whole struggle of civilization has been towards spiritual progress, and that what drives this whole engine is the desire for knowledge, especially, self-knowledge. Knowledge about my own body, my own sexuality, the responsibilities of reproduction and raising a family, is only the beginning, albeit a necessary beginning that leads to greater awareness of my role in the community, in the country, in the global village. You cannot tell a person to be a responsible citizen until he first knows how to be responsible over his own self, body, mind and soul.
Poverty and ignorance go together. When you perpetuate poverty, you are perpetuating ignorance, which in turn perpetuates poverty. The cycle is vicious, tenacious, and overpopulation is only one of the glaring symptoms of it, apart from disease, social and economic disparity, and deterioration. The RH bill has the catalytic potential for the country to finally break out of its crippling cycles, where other social revolutions have failed, because it confronts the status quo on both the individual and social levels. Failure to pass the RH Bill because of pressure from the Catholic Church will not be the failure of its proponents, it will be the failure of the State itself.
In this day and age, ignorance bears more dire consequences than ever before. Any enemy of awareness is an enemy of human growth and evolution. Those who use their power and influence to keep people ignorant must be stopped; those who promote information and knowledge as a stepping stone to greater awareness and wisdom must be encouraged. It is for this reason that I fully support the Reproductive Health bill.
Posted by carlosceldran at 9:06 PM