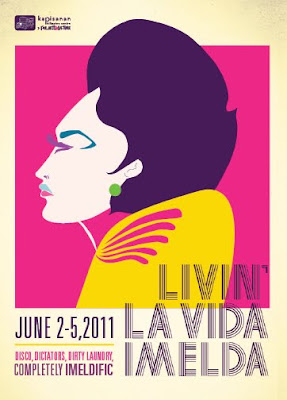 Come to my Livin' La Vida Imelda Show at the Twist Gallery in Toronto on June 2-5. It will be a night of disco, dictators, and a whole lotta dirty laundry. Log onto www.kapisanan.com for details.
Posted by carlosceldran at 10:49 PM 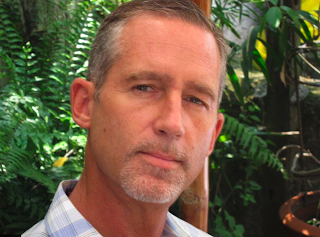 GO WITH GREG...
As you know, I am on tour in Canada and the U.S. until July 2. I'll be bringing the Imelda and Intramuros tours to North America. Meanwhile, in my absence, Mr. Greg Dorris, an honorary Filipino who has been living in the city for more than 20 years will be touring the Walled City in my absence (above). If you really need your Intramuros kick, Greg will be more than happy to provide. His regular schedule is listed below.
June 4 (Saturday)
June 5 (Sunday)
June 11 (Saturday)
June 18 (Saturday)
June 19 (Sunday)
June 25 (Saturday)
June 26 (Sunday)
July 2 (Saturday)
July 3 (Sunday)
Details:
Tour begins at the San Agustin Church at 3:00pm and concludes at Fort Santiago by 5:30pm. Tour fee is 750 including entrance to the both the San Agustin Church Museum and Fort Santiago, and a kalesa ride between the two. Please sign up to reserve a space with Lesley at +63920-9092021.
Minimum number of reservations for a tour to proceed is 10.
Contact Greg Dorris for additional information at +63916-7669170.
Posted by carlosceldran at 6:24 PM 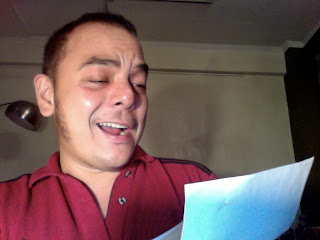 A heartwarming story about the Philippines and the nature of the Filipino...
Dear Carlos,
I had the great fortune to participate in your tour of Intramuros when I was in Manila on Friday afternoon, March 11, 2011. The tour was not just entertaining but terrifically informative even if it opened my eyes to some of the typical American embarrassments we cause for ourselves. Interesting how so much of what you pointed out never made it into the history lessons I was taught!
I do have a great story for you though which made my first visit to Manila a real intense personal experience and showed your City and her People to be warm, caring and highly spiritual.
A friend and I had a flight on Cebu Pacific to Bangkok on March 15, 2011 from NAIA 3 International Airport and stopped for a snack at the San Miguel Food Shop in the Departures area. When we left to board our flight, I forgot my hand bag on a chair in the snack shop. It contained everything...money, credit cards, ATM cards, Travelers Checks, my checkbook, two watches, rings, my driver's license, all my health insurance cards, future flight information, my address book...basically everything I needed for life!!!!! I discovered I lost it an hour into the flight so you can imagine how delightful the rest of the flight was! The only thing I did have with me was my passport since I needed to have it with my boarding pass to get on the plane.
Long, long story short, the two young men running the shop and the shop owner, Nora Culajara, found my bag, secured it and then got my son's email address out of it and contacted him immediately. A friend living in Manila then was able to get my bag from Nora and bring it to me in Bangkok when he came a few days later. Everything was in place, nothing had been touched as Nora assured me in our emails and calls. Can you even imagine something like this happening almost anywhere in the world and having that kind of an outcome??? Nora has politely refused my attempts at rewarding her and the young men working that day telling me the reward for them is knowing they were able to help me make it through a very stressful situation. Genuine kindness and humanity like that doesn't just happen, it's something people are born with and it is the way they live their lives. And it happened in Manila.
I tell my story all the time, especially when people ask me why I chose to go to the Philippines. Yes, as you pointed out on the tour, Manila is a city of extreme contrasts and because of that, people often come away having only experienced the chaotic, gritty part. I want people to know there is a real, lively, spiritual and beautiful Manila and meeting a classy lady like Nora and those two gentle men at the shop has changed forever the way I look at not only your City, but even more importantly, her People!
Maybe if you get a minute, you'd be kind enough to email Nora and thank her and her guys for helping you in your quest to change the way people look at Manila, one step..one person at a time!! You might even be able to incorporate this feel-good story into your tours.
(NORA CULAJARA, email: ARON_1953@yahoo.com)
Best wishes for a nice holiday (your website told me!) and thank you for a terrific visit!
Tom Minicucci
Sarasota, Florida, USA
Posted by carlosceldran at 11:28 PM

Posted by carlosceldran at 8:57 PM 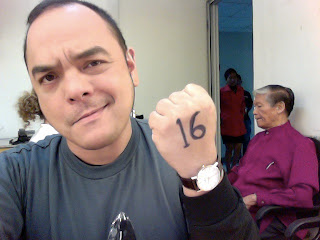 THE LAST WORD... PROMISE.
It was hard to get an edge in wordwise last night while I was on HARAPAN. I actually had a two minute statement that I prepared to read out to Joey Lina and Roilo Golez, but there was just no time. So since I couldn't fully express my entire sentiment, here is my statement in full as written before I went on air:
Your Honorables Joey Lina and Roilo Golez.
The Reproductive Health Bill is not a new bill.
It's no secret that the RH Bill has been languishing in Congress for the last 16 years.
And unfortunately, the problems we face today are not new as well.
Because after all your fancy words have been said and done, your economic numbers and scientific data thrown about, one thing will remain for sure: outside on the streets, life is a living hell for a majority of Filipinos.
We’re still plagued by high infant mortality, high maternal deaths, overpopulation, & a skyrocketing HIV and abortion rate and it’s the worst it’s ever been in our history.
And for the last 16 years, people in Congress have been trying to pass the RH Bill, a piece of legislation that would holistically address these issues. And this bill has been held back, delayed, and shot down by Anti-RH lawmakers such as yourselves for reasons that were either legal, economic, or religious.
But it also seems that for the last 16 years, these problems that I have mentioned have gotten worse. So tell me, your honors, if your alternate solutions to the RHBill are so great, why haven’t you implemented them in the last 16 years? Why haven’t I felt its effects on a national scale? Your honors, tell me: After 16 years, why are we STILL where we are?
And since the RH bill has been shot down so many times by lawmakers like you, in effect, we have been trying it your way for the last 16 years and we haven’t seen any tangible results at all. The mortality numbers are still there and staring at us in the face.
So as a member of the public and as your boss – so to speak – allow me to say that either your solutions to these problems have failed, you aren’t doing your job, or you are just plain ineffective as public servants.
I sincerely believe it is time for us to try a different strategy, a new one. We don’t have much choices anymore. Your side has never really presented us with any. It is time to turn away from this ineffectiveness of the last 16 years. It is time to activate the RH bill and let the power of education, information, and choice create a better Philippines before it’s too late.
Because unless you Anti-RH lawmakers can present a cohesive, concrete plan of action to solve these problems holistically TODAY and right now. I’m not going to wait for another 16 years.
Let the RH Bill start doing it’s work or get out of the way. Because if you have no better solutions, then you are just part of the problem.
Sincerely,
A Filipino named Carlos Celdran
Feel Free to cut and paste and sign your own name and send it to them or any other Anti-RH congressman that you know. Let them know that we know.
Posted by carlosceldran at 3:51 PM