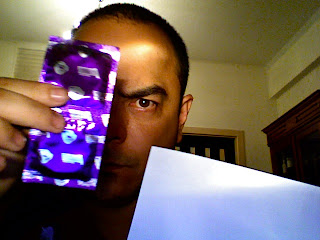 Due to numerous requests, this listing is done to inform interested voters about candidates’ observable favorable positioning on the reproductive health (RH) issue. The listing is largely based on the years of advocacy for the passage of the RH Bill and specifically: the political mapping in the House of Representatives (HOR) done by advocates principally by the Philippine Legislators Committee on Population and Development Foundation, Inc. (PLCPD), observations and direct dealings with candidates and/or people closely working with them, track record of candidates on the issue and lastly, their public pronouncements.

This listing is by no means intended to be exhaustive particularly for the HOR where party list groups are not included. Also, only considered are incumbents whose position have been obvious or stated whether in Congress records, articulation and/or actions. Only a few local candidates who have strong RH track record are included primarily because of lack of information about other candidates.

This list is NOT intended to convince voters to only vote on the basis of candidates’ RH position but rather, to encourage people to significantly consider pro-RH candidates in choosing their bets. Lastly, the list should be taken within the context of a political/electoral environment perceived to be influenced by the Catholic Church hierarchy, and thus, some candidates’ positions may still change before the elections.

President
Aquino, Noynoy
Prior to becoming a presidential candidate, he had no articulated position. NOT a signatory to the Senate Committee Report on RH BUT mistakenly said that he was. Initially, was openly clashing against the Catholic Bishops Conference of the Philippines (CBCP) on the issue. Keen on providing RH information BUT at best, wary about providing budget for services Recent pronouncements on RH are vague.

Gordon, Richard
Known as pro-RH but has not CLEARLY articulated his detailed position on key RH matters such as: budget, family planning, RH education

Teodoro, Gilbert
Initially a strong RH supporter and openly clashed against the CBCP. Wife, Rep. Nikki Prieto among co-authors of RH Bill in this Congress. Reported to have backed out from RH but recent pronouncements while softer and vaguer than before are still pro-RH. Nikki Prieto HAS NOT officially withdrawn her RH co-authorship of the Bill.

Vice-President
Legarda, Loren
Senate RH Bill only moved significantly when she took over as Chair of Comm. On Health. She organized Sub-Comm on RH headed by RH author Sen. Biazon. She signed Comm. Report. NO direct articulation of RH support. Authored a dangerous bill – SB No. 2324 that provides MANDATORY PREGNANCY TESTING for women undergoing cosmetic procedure. This Bill is deemed by women’s groups as violative of women’s right to privacy.

Roxas, Mar
Those who know him say he is pro-RH but so far, has not articulated any clear position.

Yasay Perfecto
His wife has been visible in a few RH-related affairs and has said that Yasay is also pro-RH. However, the candidate has yet to issue a position in public forums.

For Senator
Acosta, Neric
Has been consistently and strongly pro-RH through his 3 terms as Representative. Principally authored RH Bills in House of Representatives (HOR)

Biazon, Ruffy
RH Bill co-author. Has been publicly vocal about his position.

Cayetano, Pia
Chaired the Senate Comm. On Health and was the first to make the RH Bill move by calling for Committee Hearings. Has issued pro-RH statements in public forums and media.

Hontiveros, Risa
RH Bill co-author. Has been visible in pro-RH activities & issued statements on her position.

Marcos, Bongbong
RH Bill co-author. Known to the RH advocates as pro-RH but is not known to have issued any public statement

Maza, Liza
RH Bill co-author. Has been visible in pro-RH activities & issued statements on her position

House of Representatives and that of Local Candidates are listed in the comments box below. Could not all fit in this box kase..

Posted by carlosceldran at 10:23 PM