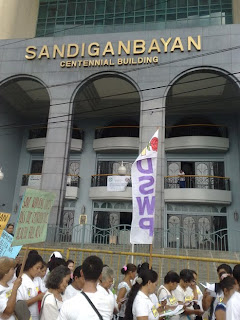 Ok. So I guess you've all heard the news by now. Barring Congress' sudden refocus of priorities, The Reproductive Health Bill HB5043 will not pass during this Congress. I know. It's both infuriating and bewildering but as you know, this administration has been notorious for not giving the people what they want - nor deserve. Especially infuriating were reports that it was PGMA herself who called up Speaker of the House Nograles to push for the cancellation of the interpollation/discussion/vote on HB5043 in favor of rushing talks of their budget allotments. Money is apparently all that they want to talk about for the next month, then afterwards, it's the filing of candidacies for their re-election and game over. The bill will be archived and we have to re-file and start from frigging scratch after the May 2010 elections. Jeez. I am convinced now more than ever that some government officials hate their own people and perhaps even derive thrills from the thought of malnourished babies and mothers. (Shot of starting point, the Sandiganbayan on Commonwealth Ave.) 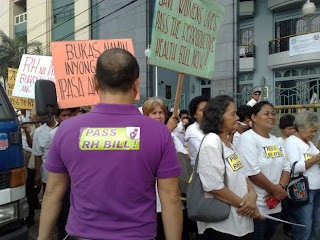 But nevertheless, we're not giving up. This is only a minor obstacle. Plan B is in the works. The war isn't over yet. Meanwhile. here are some shots from our march to Congress last Sept. 22. (yours truly joining the march, above). 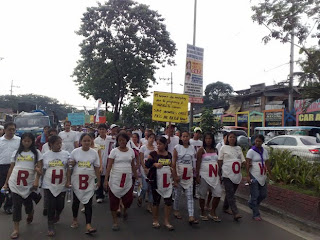 Pregnant women from the low income sector protesting the government's denial of their rights to reproductive health information and services (above). 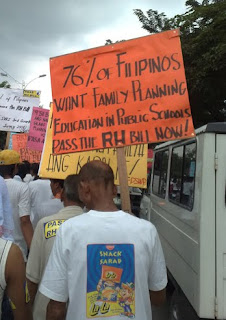 Just a few words for y'all. 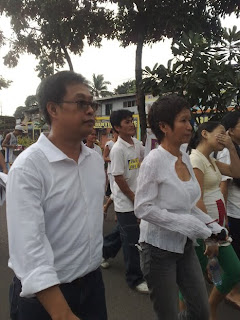 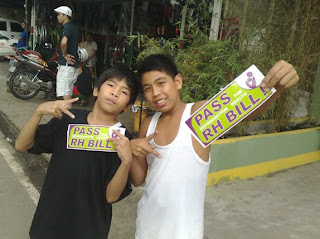 Even kids know that this country needs the Reproductive Health Bill passed. 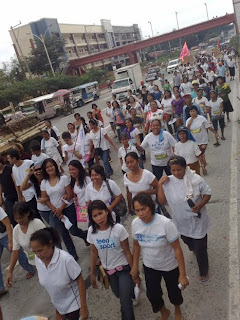 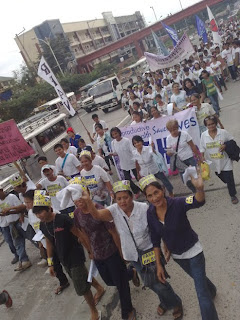 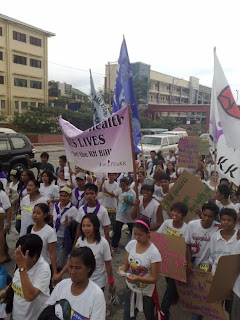 Protesters from various citizen's groups marching from Commonwealth to the gates of the Batasang Pambansa (Philippine Congress). We were almost eight hundred all in all. Then again, I'm not good in gauging numbers. It could have been more. 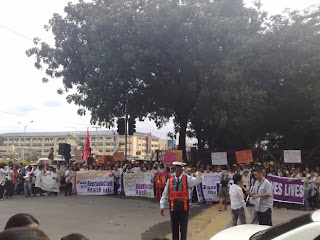 Arrival at the gates of Congress. 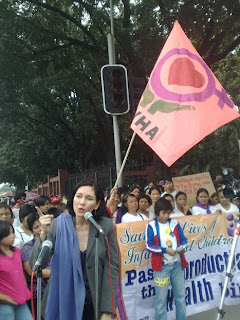 Representative Risa Hontiveros of Akbayan addressing the crowd. She part of the Noynoy-Mar ticket. I'm voting for her. 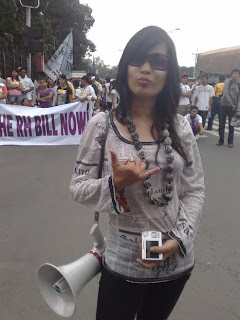 The super chica wrangler. She didn't break out into a sweat at all during the rally. 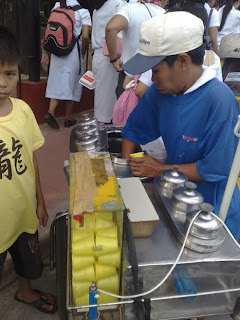 Snack break. Protesting can really work up an appetite and there is really nothing more satisfying than the "rally cuisine" of Manila. I'm sure some of you know what I'm talking about. Ayala Avenue rallies usually have a better spread, but dirty ice cream is always a mob pleaser. 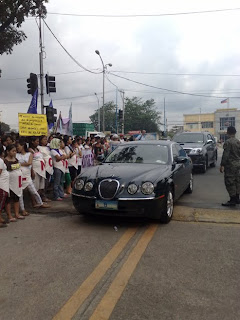 Shot of some congressman's Jaguar driving through the mob into the gate (above). Gross. Infuriating. Disgusting juxtaposition. Really. 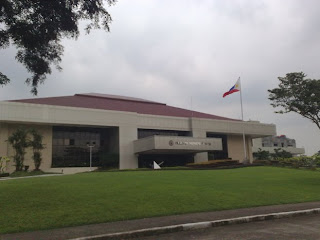 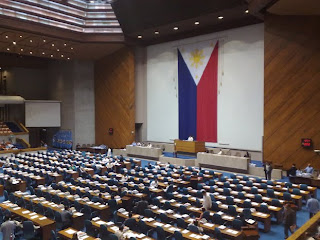 And finally, shots of the Batasang Pambansa's manicured lawns and plush plenary hall. (above)

So when thinking about who to vote for this coming 2010 elections, think of this issue. And if you want to know who were the personalities who rabidly spread lies about HB5043 and worked the hardest to deprive impoverished women of their rights to plan a family and aggravate our population problems, I've enclosed a list for your perusal. Check 'em out. Some of them are really surprising. I've also included their phone numbers. ;o)

So c'mon. Call 'em up and tell them what's on your mind.

You know you love me.
Carlos

Posted by carlosceldran at 12:49 PM